As featured in the ACCE Chamber Executive Magazine.

"About four years ago, the Michigan West Coast Chamber of Commerce appeared to be at the top of its game. A finalist for ACCE's Chamber of the Year, it had also earned five-star accreditation from the U.S. Chamber of Commerce. President Jane Clark had navigated a successful merger of her Holland chamber with a nearby chamber. Yet something was off. Things seemed "unsettled," Clark said. A self-confessed micromanager, she was frustrated that the organization wasn't achieving everything she thought it could.

One day, a human relations consultant and chamber member suggested she read 'Traction: Get a Grip on Your Business.' Written by Gino Wickman, the book explains his Entrepreneurial Operating System®, or EOS®, which offers the structure and tools for running a successful business. While reading the book's first page, Clark knew EOS was exactly what she needed. "EOS has been life-changing."

Return to the West Coast Way 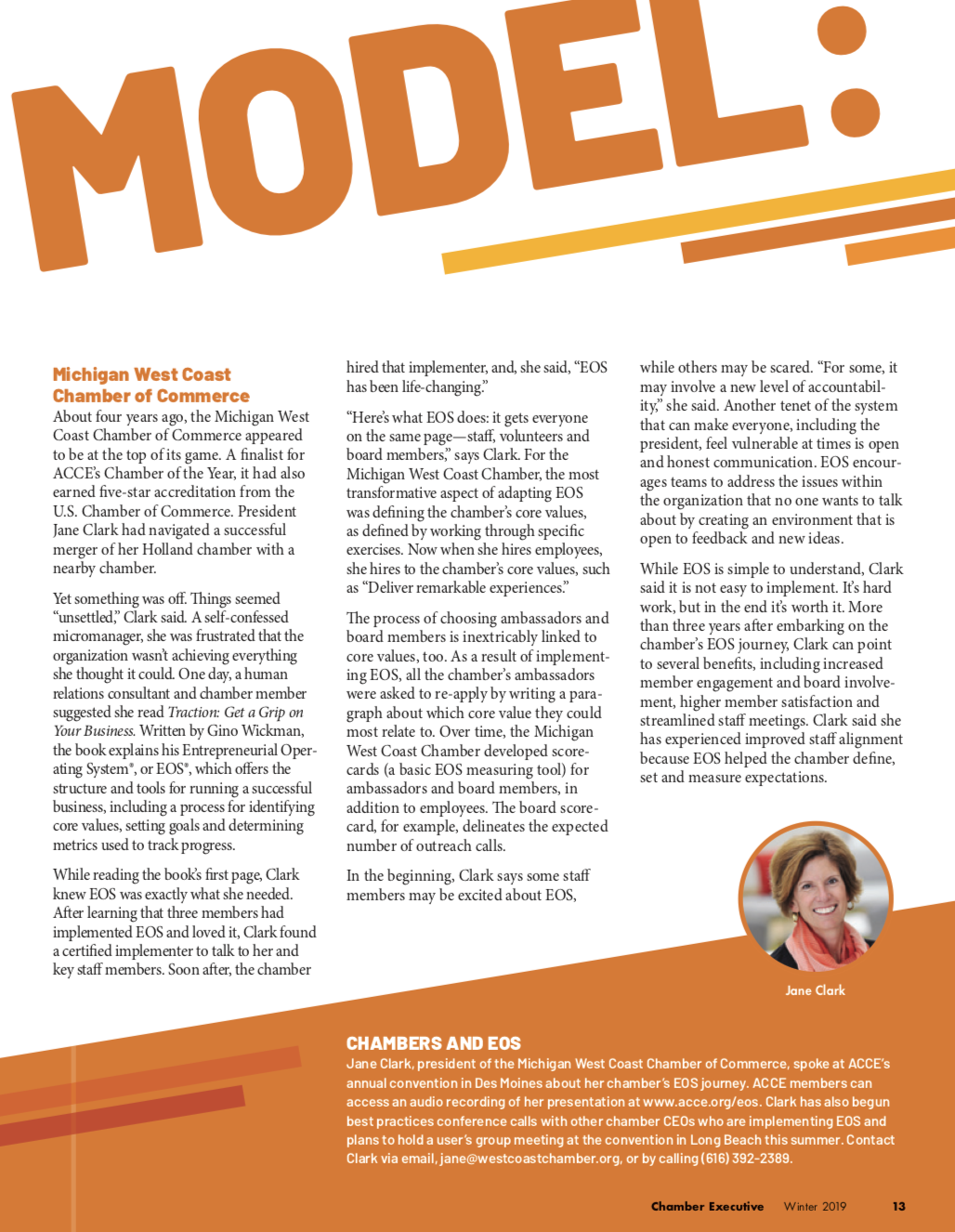