Why Advocacy Matters: A Message for People Who Aren’t into Politics 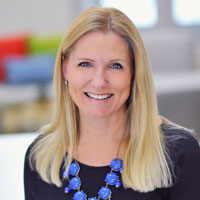 While at a meeting with Chamber members this week, one person remarked that in light of the current divisive political climate, they’ve started to tune out “politics” all together. Maybe you’ve heard similar remarks around the water cooler or seen them on social media. But this same member, a manufacturer, also took advantage of an important opportunity this week to meet with a Federal legislator and other manufacturers to discuss tariffs and how they are impacting local businesses. Was this because of a spontaneous shift in that person’s perception of our political climate? No. This is because Advocacy in Action is not about “politics”, it’s about getting our members’ concerns and feedback to the people who’ve been elected to represent us in Lansing and Washington DC. It’s not political, it’s personal.

When we talk about “connecting” people, the first image that may come to mind is a networking event. While the Chamber certainly has ample networking opportunities for businesses of all shapes and sizes, our idea of “connecting” is broader than that.

This week we gave our members the opportunity to make connections with our newly elected state legislators at our Governmental Affairs Breakfast. For many in attendance, this was their first introduction to Senator Aric Nesbitt, and Representatives Luke Meerman and Brad Slagh. Existing legislators present were Roger Victory, who has moved from the House to the Senate, and Representatives Jim Lilly and Mary Whiteford. 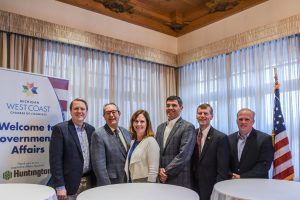 As the panel discussion got going, we heard insights on what the passage of the recreational marijuana bill looks like from a government staffing and funding perspective, as well as from an agricultural perspective as it relates to the growing of hemp. There were also discussions on the Senate bill on auto insurance, an issue for which no reform has taken place in the state of Michigan since 1973. This is an issue the impacts businesses and individuals across the board, as Michigan residents pay the highest rates in the nation, and one in five drivers in the state is not insured. Finally, the panel talked with us about the current state of taxation on pensions, and how that varies be they publicly funded, or private pensions, or 401K. Again, there are few who don’t have a stake in what retirement looks like. After the panel wrapped up, many members took the opportunity to personally introduce themselves and have one-on-one conversations with the legislators. Whether you’re into politics or not, it was an hour well spent. 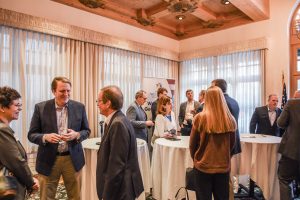 It’s no secret that trade tariffs are impacting manufacturers around the world, and recently we’ve seen news articles that highlight how our local business are feeling the impact. This week we invited our manufacturers to the Chamber offices to attend a roundtable discussion with Congressman Bill Huizenga, where they were encouraged to have a candid discussion on the financial implications, and to give specific examples of what their particular industries are experiencing. Our membership is composed of businesses that cross the spectrum from “David to Goliath” (as one member remarked), and while some of their overall issues are similar, their specific pain points vary by business size and industry. Factors such as the obvious increased cost in steel imports, the inability to simply change suppliers to avoid those costs, the increase in the cost of domestic steel prices, the ineffective and understaffed Exclusions process that only exists in certain industries, the fact that the increased costs often exceed the value add that our manufacturers put into the products before they pass them on, and the inability to participate/be competitive in certain global markets were among the many issues that were addressed. There was also discussion of how NAFTA, USMCA, trade deals with the EU, and other larger geopolitical issues come into play in policy decisions with China. 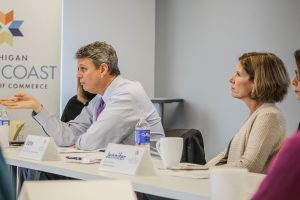 The room was alive with varying opinions, and all had the opportunity to detail those points, and give Congressman Huizenga a clear picture of the message he needs to deliver in Washington. Huizenga staffers Matt Kooiman and Palmer Rafferty were also present to make connections with members. Matt is based on West Michigan and a regular attendee of Governmental Affairs Breakfasts and is a good person to meet if you’d like to connect with the Congressman. 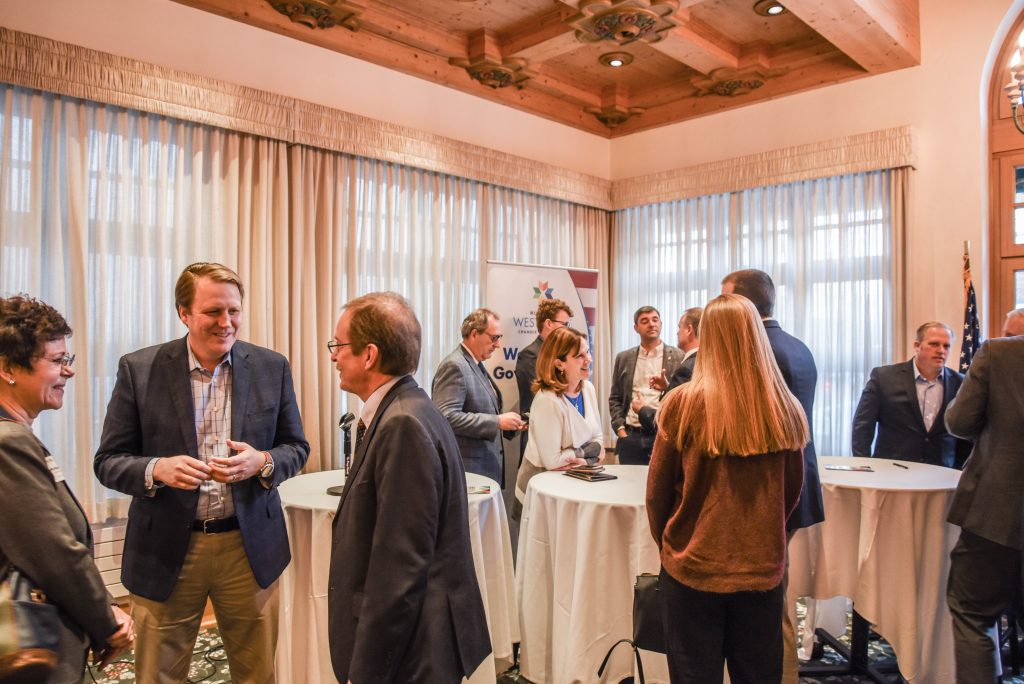 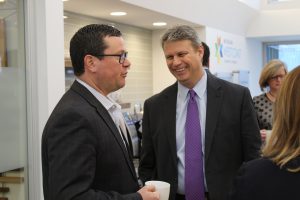 A universal statement that came out of the roundtable discussion is that businesses need to continue to do business, regardless of the current political issues/agenda, and that however painful it is right now, there will be resolution to the issue at some point. In the meantime, these types of discussion opportunities are what’s needed to bring specific issues to light so they can be relayed to Congress, along with recommendations on how to relieve some of the pressure on manufacturers.

These two events are clear examples of how Advocacy is about business more than it is about politics. It’s about making sure our community and its businesses have opportunities to thrive, grow, and remain competitive across the state and around the globe. It’s also about giving every employee of every member business the opportunity to speak their mind on issues that matter, in forums where the message will be heard by the people we’ve elected to represent us. Have something on your mind? Join us at the next Public Policy meeting or our next Governmental Affairs Breakfast. We have them every month, and all are welcome.